Finally, Winamp 5.9 has been released! This is the culmination of 4 years’ work since the previous release.

Winamp (the legendary audio player that was present on most computers in the late 90s and early 2000s). Plays files in MP3, OGG, AAC, WAV, MOD, XM, S3M, IT, MIDI, etc. formats, supports video playback (AVI, ASF, MPEG, NSV). There is the ability to change skins, a large number of settings and parameters, a visualization module, a media library and much more. 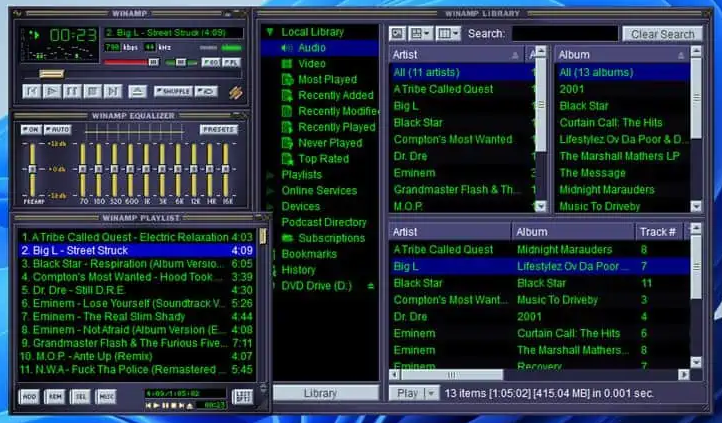